What is Environmental Racism?

Environmental racism is a concept from the environmental justice movement that looks into the policies and practices that discriminate against Black, Indigenous, and POC (People of Color) communities. It looks into the economic inequalities and injustices that communities often face with how they are designated in location based on socioeconomic status and race. These communities are often forced to live in areas that are near landfills, sewage plants, and other toxic facilities.

Understanding the History of the Environmental Movement

The Birth of Environmental Justice

The environmental justice movement of the 1980’s and 1990’s looked into reports that race and class determined if your community was near toxic industries. One famous environmental activist who is called the Mother of the Environmental Justice movement was Hazel M. Johnson. She resided in Southside Chicago, where landfills and other sewage plants surrounded her home. Following her husband’s death from lung cancer and rising respiratory issues among her children, she looked into documenting cases across her community to understand the impact of the water and air quality in her environment. 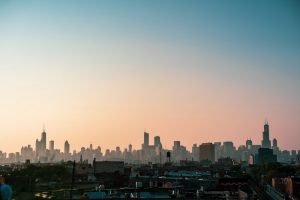 Through her community-based participatory research, she realized the adverse health effects that were happening in her community and demanded the Chicago Housing Authority to be held accountable for the failure to managing the buildings and ignoring environmental health issues. Her success led her to run for her local advisory council in 1970, where she fought environmental injustices in communities. Through her efforts, she founded People for Community Recovery in 1982 and continued fighting environmental racism in Southside Chicago.

Several grassroots organizations have demanded BIPOC to be represented in political decisions and practices during governmental processes. Regulators often ignore communities and push their demands to the side. According to Dr. Robert Bullard, “Zipcode is the most powerful predictor of health and all communities. And all zip codes are not created equal.” Environmental racism is happening everywhere, especially in the United States, where predominately the cases for environmental racism are in Black / Brown communities. To not acknowledge racism as “a potential contributor to disparities in health by race and ethnicity is to ignore well-established social history” ( Am J Public Health 1995). However, looking into the health effects of racism is not easy, especially since there are interconnecting relationships between “race, ethnicity, social class, segregation, discrimination, and patterns of disease are complex” ( Am J Public Health 1995).

In recent studies, the Environmental Protection Agency has found that BIPOC communities are more likely to live near toxic polluting sites even when there are regulations in place. As the climate crisis continues to worsen over the next few years, the environmental justice movement must work toward public policies that can be in government legislation to protect their communities. Practices like community-based research have shown the importance of highlighting the environmental hazards and adverse health effects for individuals.

Apr 1, 20204 Comments on What is Environmental Racism?

4 thoughts on “What is Environmental Racism?”