Does your carbon footprint matter?

The term “carbon footprint” was created to quantify the environmental impact of different activities. Driving a car to work, the food you eat, and the activities you partake in are all examples of factors that can play into your own carbon footprint. Many people thought this was a step in the right direction, but the term has started a larger conversation: why are we paying attention to individual footprints when the impact of corporations is far greater?

The messy truth is described in a Mother Jones article with a critical question: did fossil fuel companies invent the carbon footprint to distract from their actions? Author Rebecca Solnit traced the creation of the term “carbon footprint” back to big oil companies, while sustainability researchers like Michal Czepkiewicz assert that fossil fuel corporations didn’t invent the term but instead co-opted this concept. However, he argues that the term can still be a useful way to think about environmental impact. How useful is carbon footprint as a metric? What is missing from the conversation?

Czepkiewicz and Solnit both have a point. It’s true – BP used and publicized the term “carbon footprint” to help distract from their role in global warming. However, when you set aside criticism of the fossil-fuel industry for a moment and analyze carbon footprints, a disturbing and revealing trend appears. 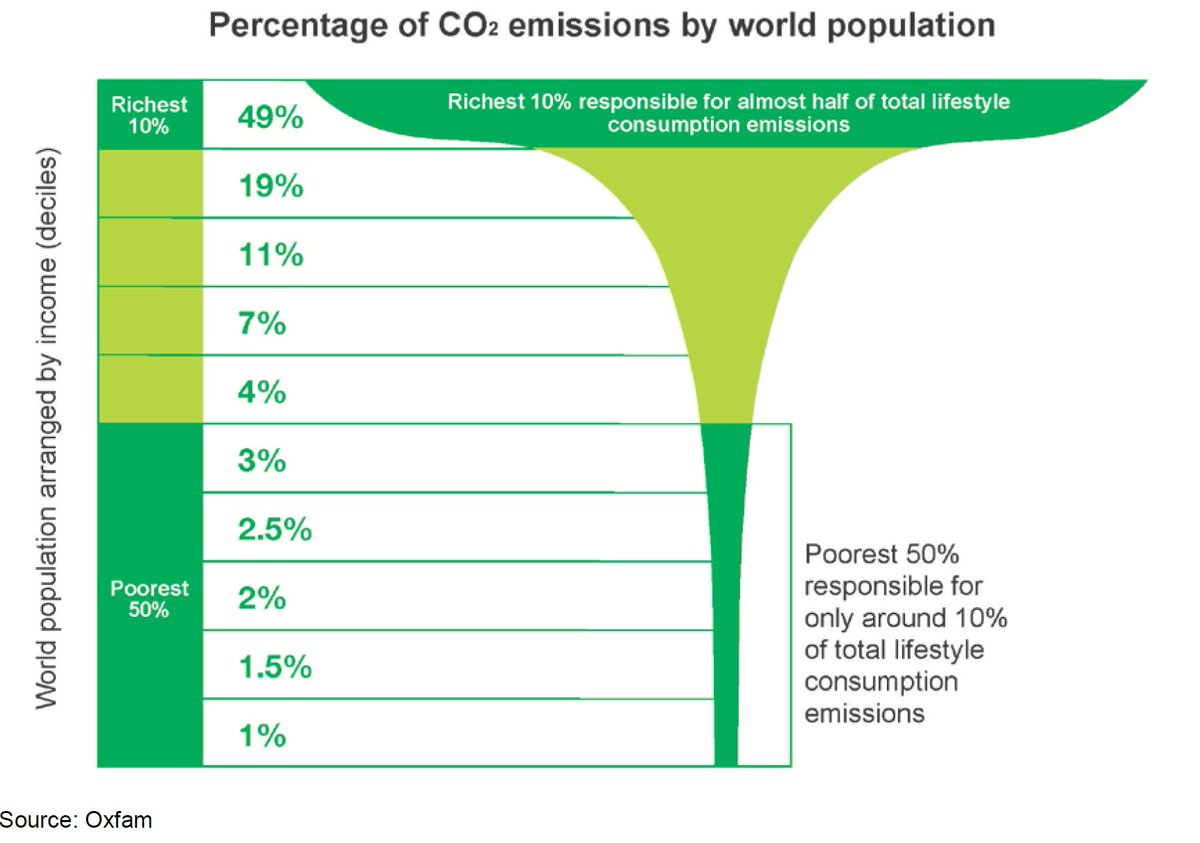 A report developed by Oxfam analyzed carbon footprints and found that the wealthiest 10% of the global population contributed to nearly half of global emissions between the 1990s and 2015. The same study showed that the richest 1% were responsible for more than double the emissions of the 3.1 billion people that make up the poorest half of humanity. Yet with carbon footprints being amplified, the pressure was on for everyone to reduce their impact. Our conversation now is really about policies and actions addressing the emissions at the top and the inequity associated with it. As severe weather events increase, economically exploited communities will continue to be affected the most.

As someone living in one of the wealthiest countries in the world, there’s sometimes the thought that my own environmental impact is more than many others. However, the focus is on the small number of billionaires and millionaires and the rules they write.

How should this information influence our decision-making? Does our carbon footprint matter, or is that limiting us? For me, I often advocate for both personal and systemic change and try to hold the space for both of those truths: that carbon footprint can be useful to highlight inequity, while still lacking a focus on empowering systemic change. Even in environmental spaces, I tend to lose people when I begin to talk about race, class, and gender, and how they relate to environmental issues. It’s easy to discuss what products are the most sustainable, or the impact of items and our own activities, but what happens when we dig deeper into these conversations? Could carbon footprint help us talk about environmental inequities stemming from race, class, and gender?

Carbon footprints, or concepts related to the impacts of individual decisions, are still marketed and remain a popular (if misconstrued) aspect of the environmental movement. We can shift our thinking by asking: what does it mean when building sustainable movements? Research like Oxfam’s shows us that carbon footprints aren’t useless, or strictly fossil-fuel propaganda. They provide some valuable insight on how inequity relates to environmental impact and help many people become introduced to environmentalism. This debate highlights that carbon footprints can’t be a stopping point, but rather, should be a tool and stepping stone on the way to a just and equitable future. The language around carbon footprint may continue to shift – we can talk about a corporate footprint versus a human footprint. Maybe even a handprint. Who knows?

Through this debate, we can better understand the importance of language and how it can be weaponized for interests and maintaining power. The history of the carbon footprint and its role in the environmental movement shows how the term has helped us gain, but also slowed us down. I believe in reductionism: live the way you wish people lived, live by your values, reduce your waste, do what is the most accessible to you. Go ahead and reduce your carbon footprint however you can, it’s certainly not a bad thing. Each of those decisions still remains part of a larger global movement.

However, on that journey, keep in mind where your attention is being focused. Keep in mind that the richest 1% pollute more than double the amount of over 3 billion people. Keep in mind that fossil fuel companies operate within different power dynamics than an average person. Pitting ourselves against each other will further cause divisions in movements that should be centered on justice, reciprocity, and accountability.